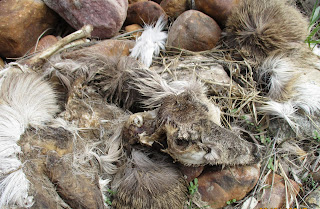 Poaching is Against the Law

On my visit to part of the banks of the Missouri River I noticed this little buck that had been killed simply for it's antlers.

Small as his antlers may have been poachers (people who have little regard for wildlife) took his antlers to use either for deer hunting next year (they rub the antlers together to attract deer especially bucks during the rut) or they were used to hang on the wall.

If you are not going to eat what you kill then don't kill it just for the sake of killing something. People who do not respect nature have no conscience and no respect not only for wildlife but for other people as well.

If a person can't respect local wildlife do not expect that same non-respectful person to respect you.

Giving Back to Nature

With the unfortunate killing of this little buck at least other wildlife was able to have several meals from it's carcass. It has been well consumed and only the bones and part of it's hide are left.

Had this young buck not been killed then it would have grown into a mature beautiful buck that would have had a harem of does and would have bred them. You never know if he would have a strong blood line or not.

Through your respect for wildlife you are saving a species, enjoying the beauty of wildlife, allowing an animal grow to maturity so it can produce more of it's kind.  Protecting wildlife is crucial to our planet. Without wildlife for people to consume as meat we would starve.

Do NOT Poach; Ever! 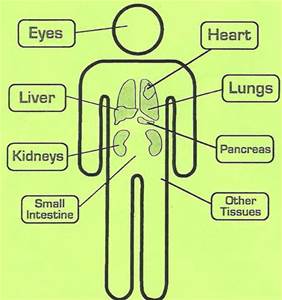